I save myself hours of podcast editing time every week since we started recording the podcast live.

N.B. I actually use interview mode in ecamm live these days which I’ll write about in a future post.

We record a full video podcast with music breaks and different segments. We stream live but you could record it just as well in OBS. This post will tell you everything you’ll need to set up a live video podcast. The video has lots of other information too.

If you’re using a Mac:

If you’re on Windows you’ll need:

Set up a scene like this, called [Together]. This scene collects the main things you want when you’re visible - audio input, your faces and the overlay.

Use an Audio Capture Input to receive Blackhole instead of setting up Blackhole as a global input under settings. This means your microphones will automatically be muted when you’re not visible.

I created an overlay and tiled in a Window Capture layer for FaceTime and a Video Capture Device for my webcam.

Webcam Note The built-in Mac webcam is pretty terrible, but I have not yet found a way to make FaceTime recognise alternative cameras.

We’ve found FaceTime to be very reliable, with decent audio quality, but if you want better video footage, you might be better off using Zoom or Google Meet. In these cases you can use Shoot as your webcam.

I think it’s nice to break up a podcast with some music breaks. You could use small clips of your theme music (like TCGTE) or do what I do (inspired by Adam Buxton) and have lots of different music snippets2 that you throw into each episode depending on how you’re feeling. 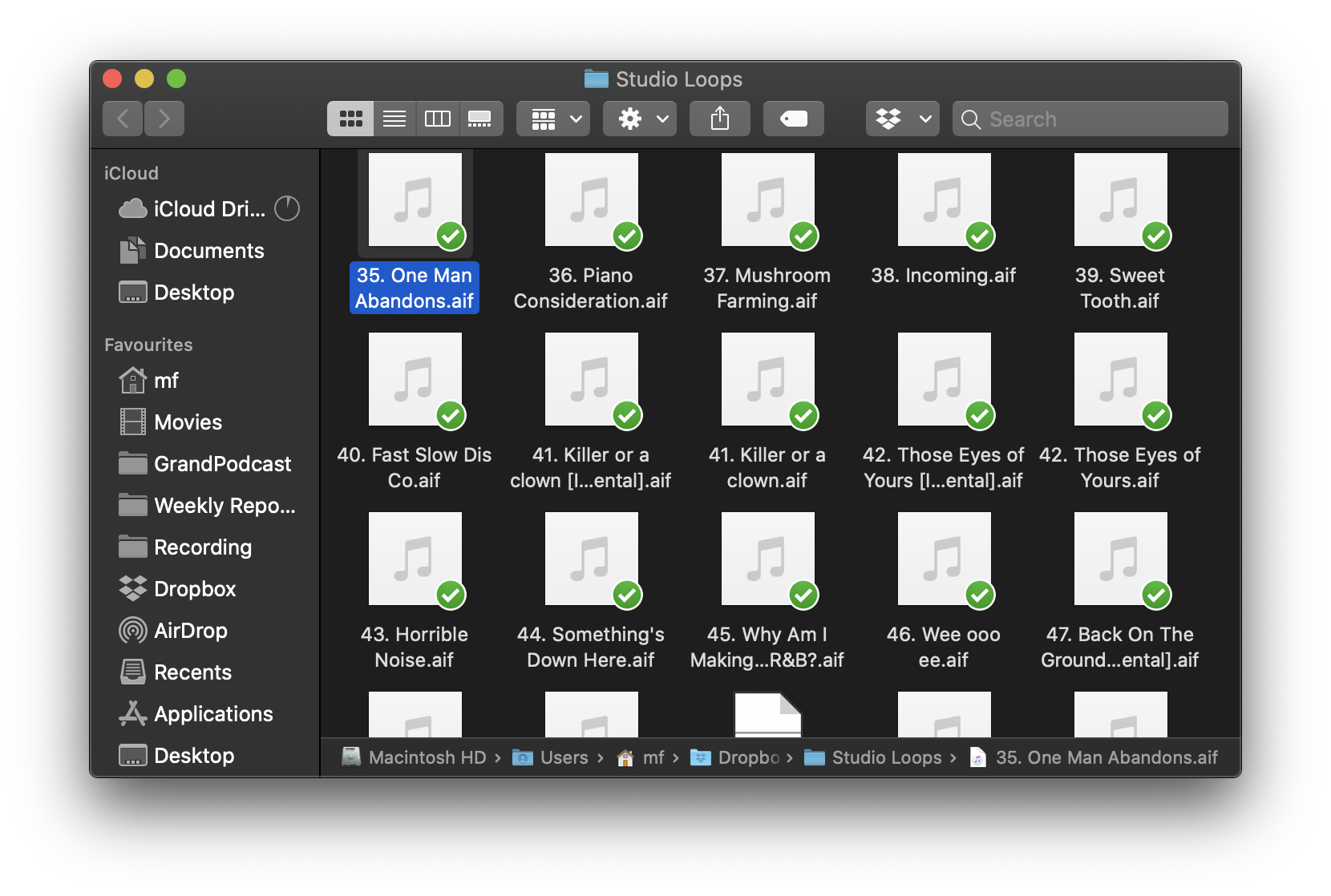 When we switched to a video podcast, I started collecting little video clips on my phone each week so there was something to look at while the music breaks played. 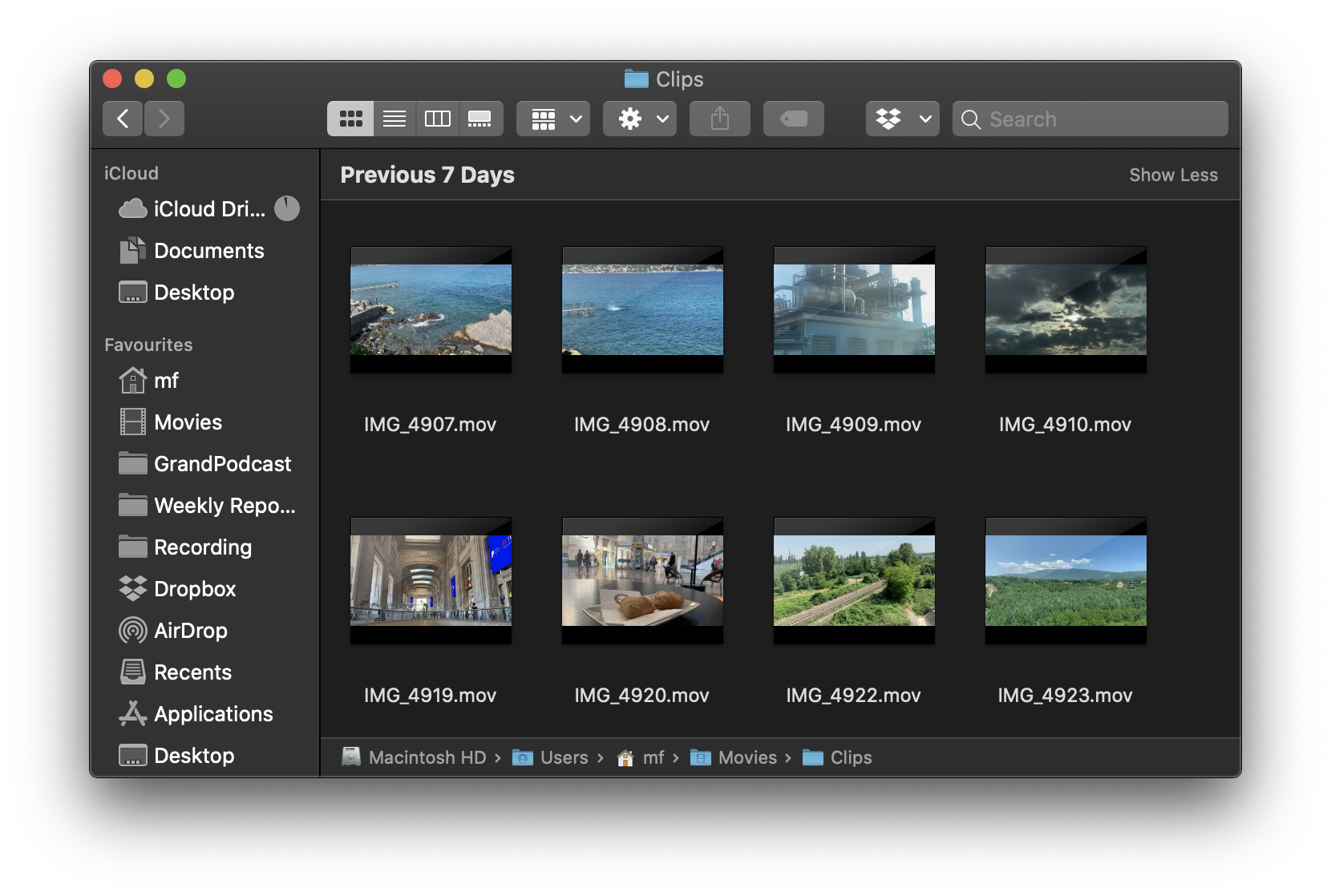 Usually I’ll place three or four breaks in an episode so I set the breaks up in OBS as individual scenes with 2 Media Source clips, one for the video (muted) and one for the audio. 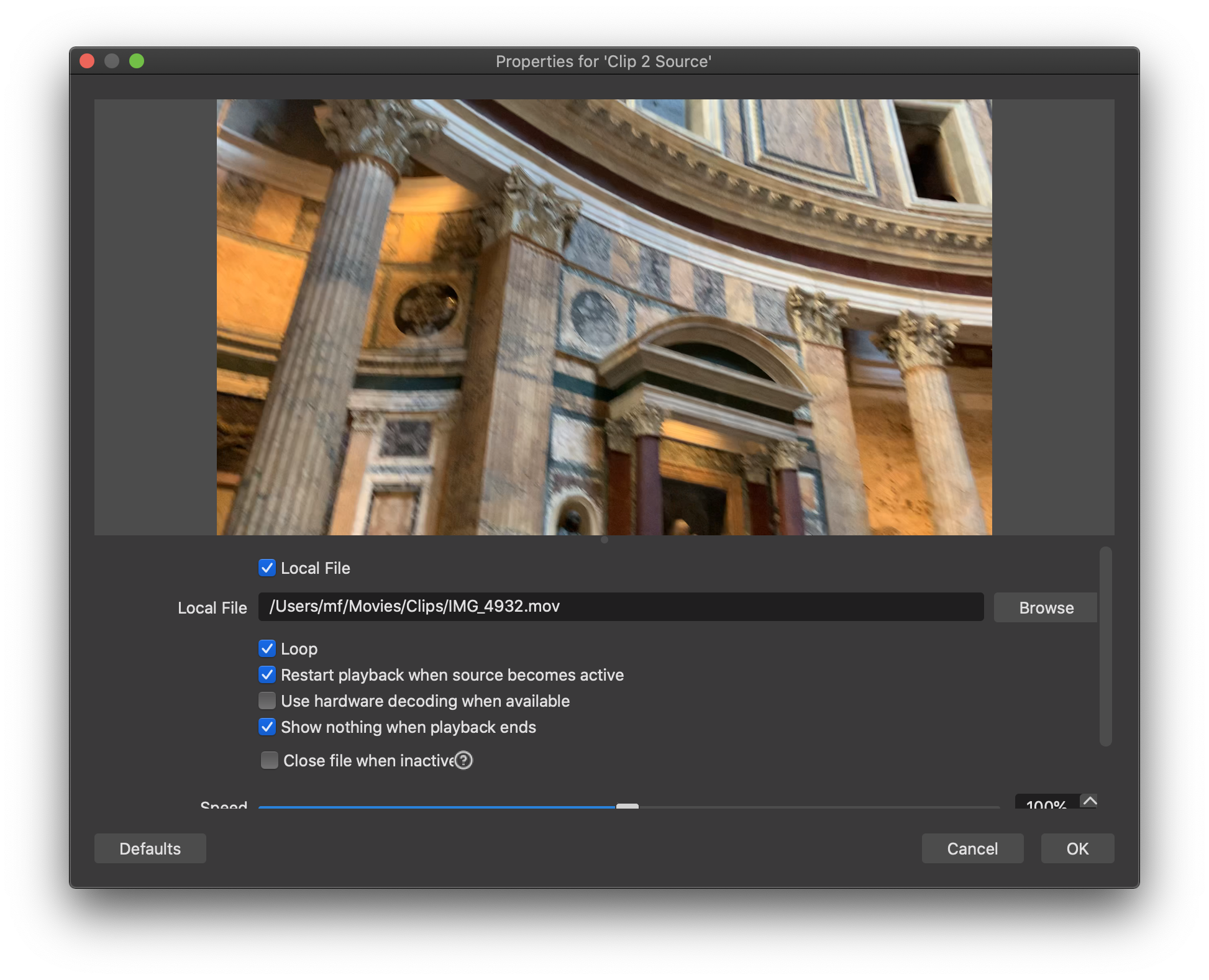 Here’s how my set up looks in full. I have each segment set up on a hotkey. I prefer to use the Function Keys because since letters and numbers will trigger transitions unexpectedly if you happen to be typing anything during an episode (or even if you’re trying to rename a scene while setting up OBS).

Whenever we’re talking I’ll add a Scene source and this will bring in the whole [Together] lockup.

When we start the episode I go to the Blank scene, and then work through each scene from there.

I have some complicated details to make the title music fade down and continue to play while we do the intro and then swell up again when we go into the episode (the “F3. Intro / Outro TRANSITION -> F10->F3 or F12” mess) but I won’t go into that here.

We stream the episodes directly on Twitch and then I download the VOD and upload its audio to Acast.

You don’t have to stream live, you can just record it with OBS directly!

Does that make any sense?

Hopefully this gives you an idea of how we approach the live podcast. Of course there’s a lot more detail. Some of those are covered in the video but if you’re interested in a more structured guide or workshop, let me know by clicking the button below and adding a note to your profile.